Sydney’s iconic City Gym officially opened its doors in 1978 to a burgeoning fitness and bodybuilding industry.

1978 was an equally auspicious year for the Australian community, marking the year of the first Sydney Mardi Gras parade.

The 70s and 80s established City Gym as one of Sydney’s most famous social and cultural hubs.
Thanks to co-founder Bill Moore, what evolved was an all-inclusive social space, a meeting place for all demographics, cultural diversities, sexualities & gender identities.

It was at City Gym where our innovative aerobics classes set a universal standard, doing it ‘Oz-Style’ with Group Fitness gurus like TV personality June Jones.

City Gym became the Mecca for the sporting elite, Olympic champions, Hollywood superstars, music industry legends, world class bodybuilders. And of course there was your average Joe, there to unwind from the day’s stresses after a hard 9-5 grind at the office.
It was a melting pot of all and sundry, a family, a second home.

What other gym could boast the line-up of world-famous identities?
On any given day you could find yourself shoulder pressing beside industry legends like Arnold Schwarzenneger, Tom Platz and Dorian Yates, or superstars such as Jane Fonda, Grace Jones, The Rock and Hugh Jackman

This rich tapestry of weird and wonderful personalities and offbeat characters attributed City Gym the reputation as the fitness industry’s source of dubious (and often hilarious) urban myths and legends, most of which we choose not to confirm or deny!

City Gym earned its moniker, “the gay gym” in the late 70s and proudly held on to this label for the next 30 years. We boasted a membership that was predominately gay and proudly shouted it to the world. Any hint of homophobia or discrimination was not tolerated.
Unprecedented and visionary for its time, City gym set a standard, creating a product on which other fitness centres used as a model.

City Gym Mardi Gras floats became annual event that became biggest party on the fitness calendar with participation open to all. The gym became an unofficial a meeting and rehearsal space for many floats in the parade. We were a tourist hot spot, attracting a plethora of Australian and overseas visitors who would make the annual trek to be a part of one of the world’s most outrageous and enviable parties.

It was in 1986 that present owner Billy Kokkinis (Billy Jr) joined the gym crew as a young, enthusiastic and impressionable 15-year-old. Billy Moore taught Billy the ins and outs of running a successful gym, including his ideology of equality, protection, support, compassion, and respect for all. To this day Billy Jr has not wavered from this ethos.

The early 2000s witnessed the arrival of a new and stylised fitness centre franchises.
Unphased and remaining stoic, City Gym resolved to maintain its “old school” feel, refusing to follow to the cookie cutter prototype. This meant serious competition. We did not need to step up our game. We already offered a unique and quality product that catered to the needs and demands of our members. We listened and provided. Our family atmosphere could never be matched. Our history of all-inclusiveness and social consciousness afforded us a reputation unrivalled by any other gym.
The constant changes of management teams and management styles in the late 2000s, were major contributors to the recent downturn in the gym’s popularity. The state of the economy, increased competition and local infrastructure changes were also key factors in the gym’s decline.

These years witnessed a mass exodus of long-term members, including our extended LGBTQI family, our staunch Group Fitness posse, our world-renowned bodybuilding crew and our loyal casual guests. Even some of our much-loved long-term staff members were calling it a day.
Step up Billy Kokkinis.
More than 40 years of loyal service was not about to be lost to the City Gym stalwart.
Billy felt bound by this loyalty and felt he owned the responsibility of preserving the institution that truly meant everything to him.
Together, with his business partner Andy Mamasioulas, Billy’s vision has been turned into reality. With the major refurbishment complete, the exclusive City Gym product is second to none.

We welcome you to be a part of our City Gym family. 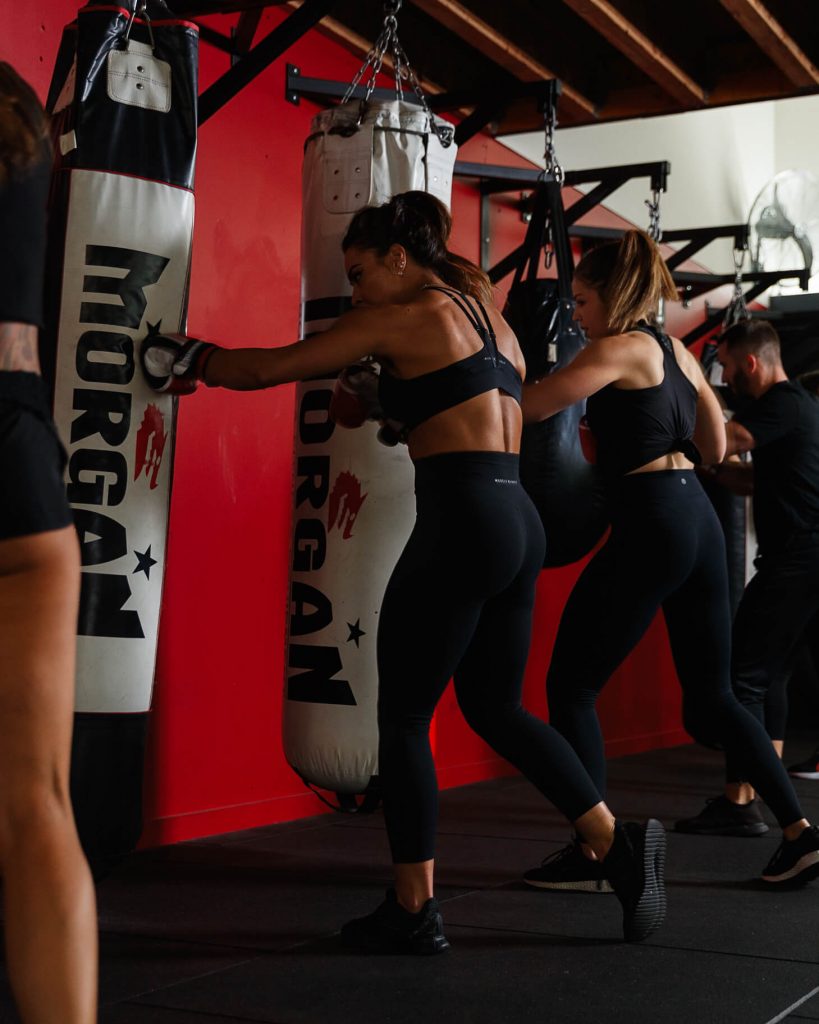 Experience the power of the pack! Come experience our signature classes with some of Sydney’s best instructors. We offer group fitness classes across 11 categories, including Boxing, HIIT, Yoga, Pilates, Dance and much much more! 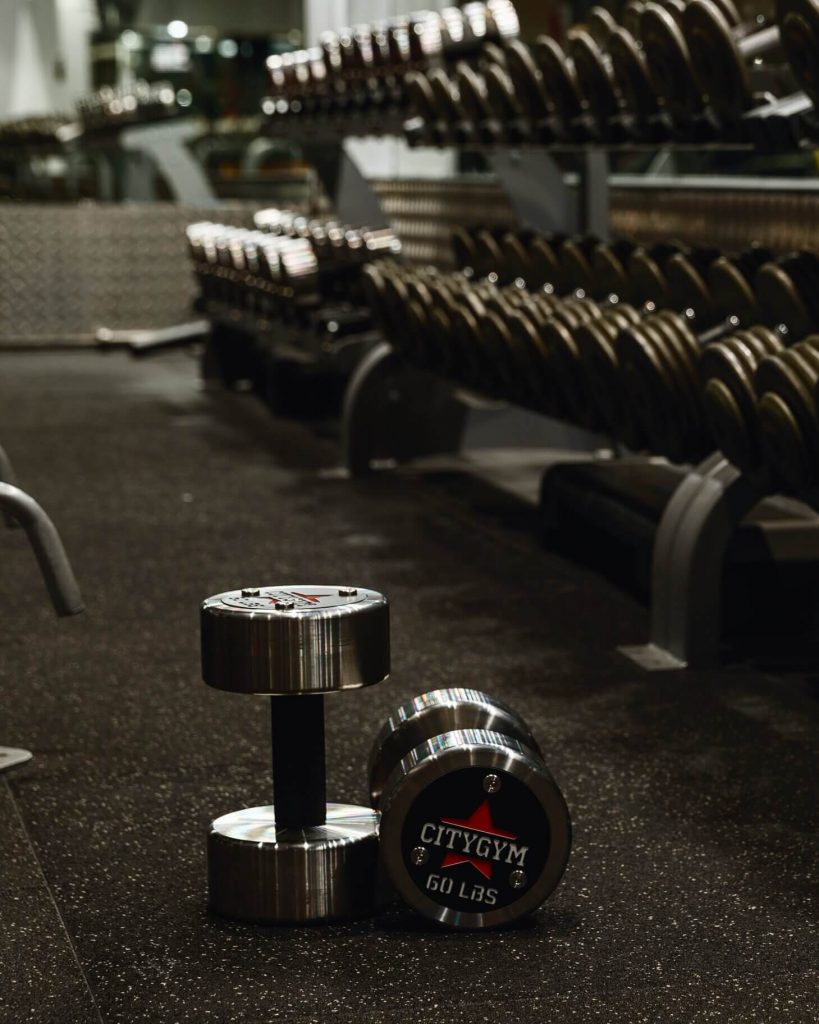 We boast over 150 pieces of equipment across 3 levels of luxury. Billy our director has travelled far and wide to find the best, most unique and performance-driven equipment in the world. 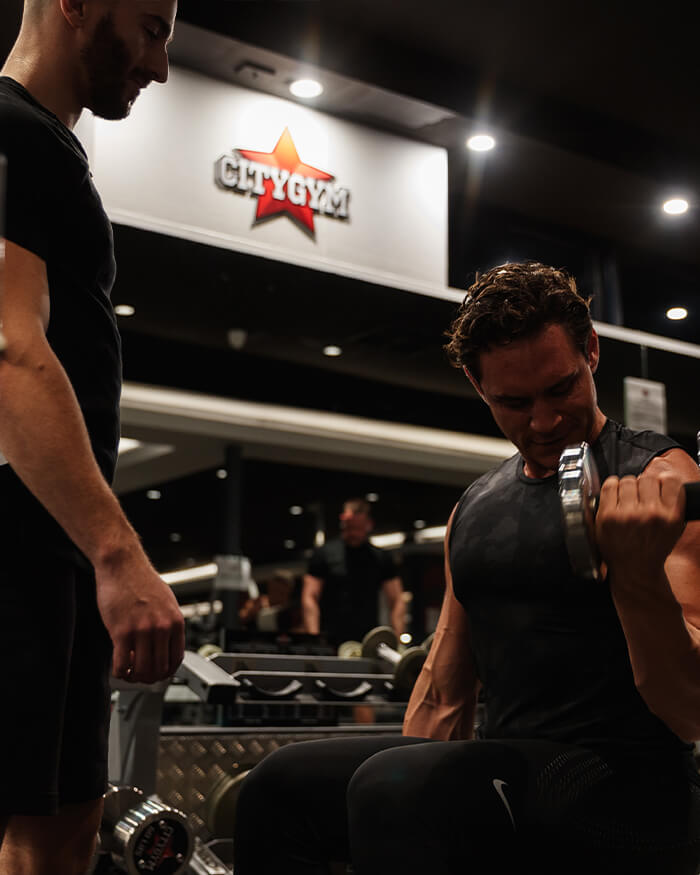 With over 40 specialised, highly qualified personal trainers, we know we have what it takes to change your body and soul, we also know personal training is a great way to get the most out of your everyday training regime. 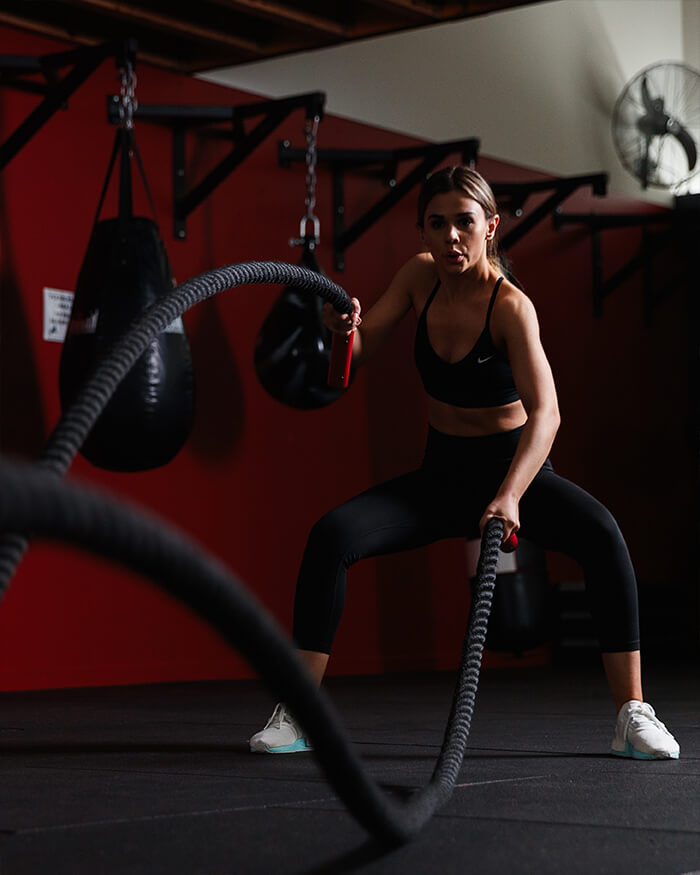 Our group fitness timetable is created and developed by the industry’s best minds and taught by talented instructors who test your limits and inspire results. 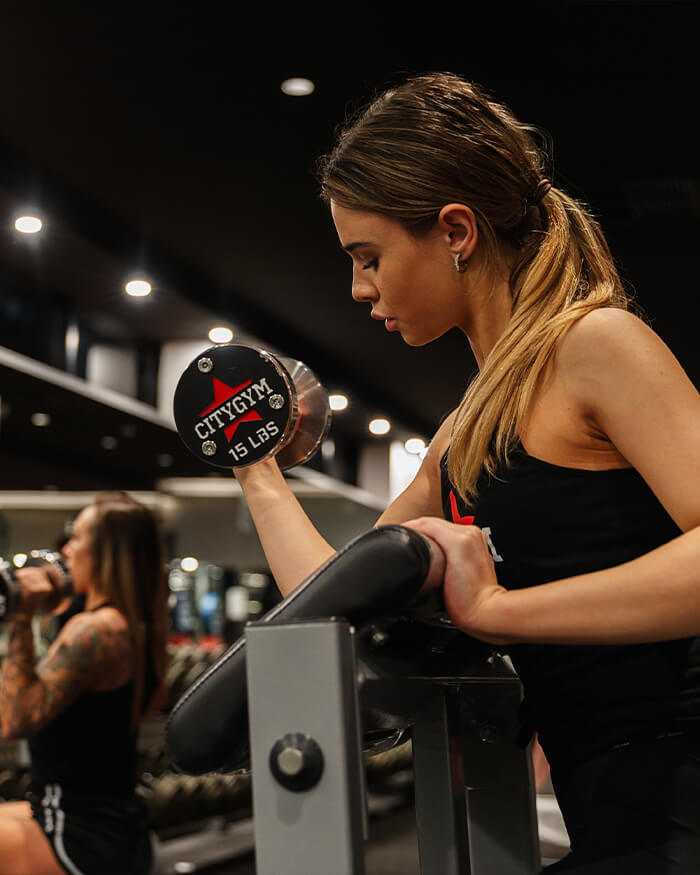 City Gym is more than a place where high performers come to be their best, our members come to be transformed. Discover our membership offerings, plus  The City Gym Standard for health, safety, and cleanliness. 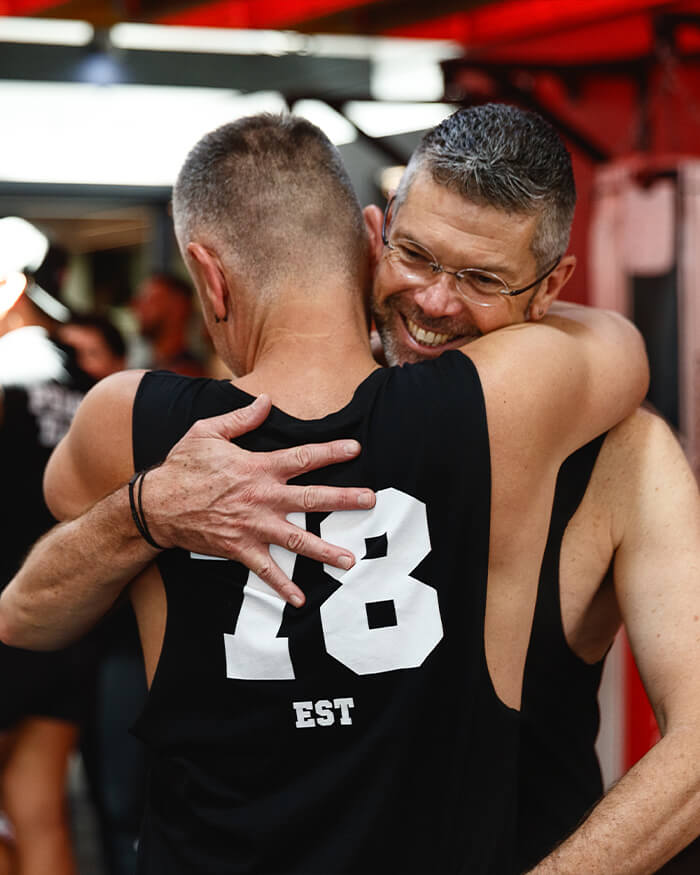 We are so proud to have a strong family-like community and members who have been with us since the day we opened our doors way back in 1978. Join our community and become a life long friend of City Gym.

We’ve recently re-opened the doors after renovating 3 levels of luxury. Come give the new CITY GYM a try and enjoy

All Press Coffee on site 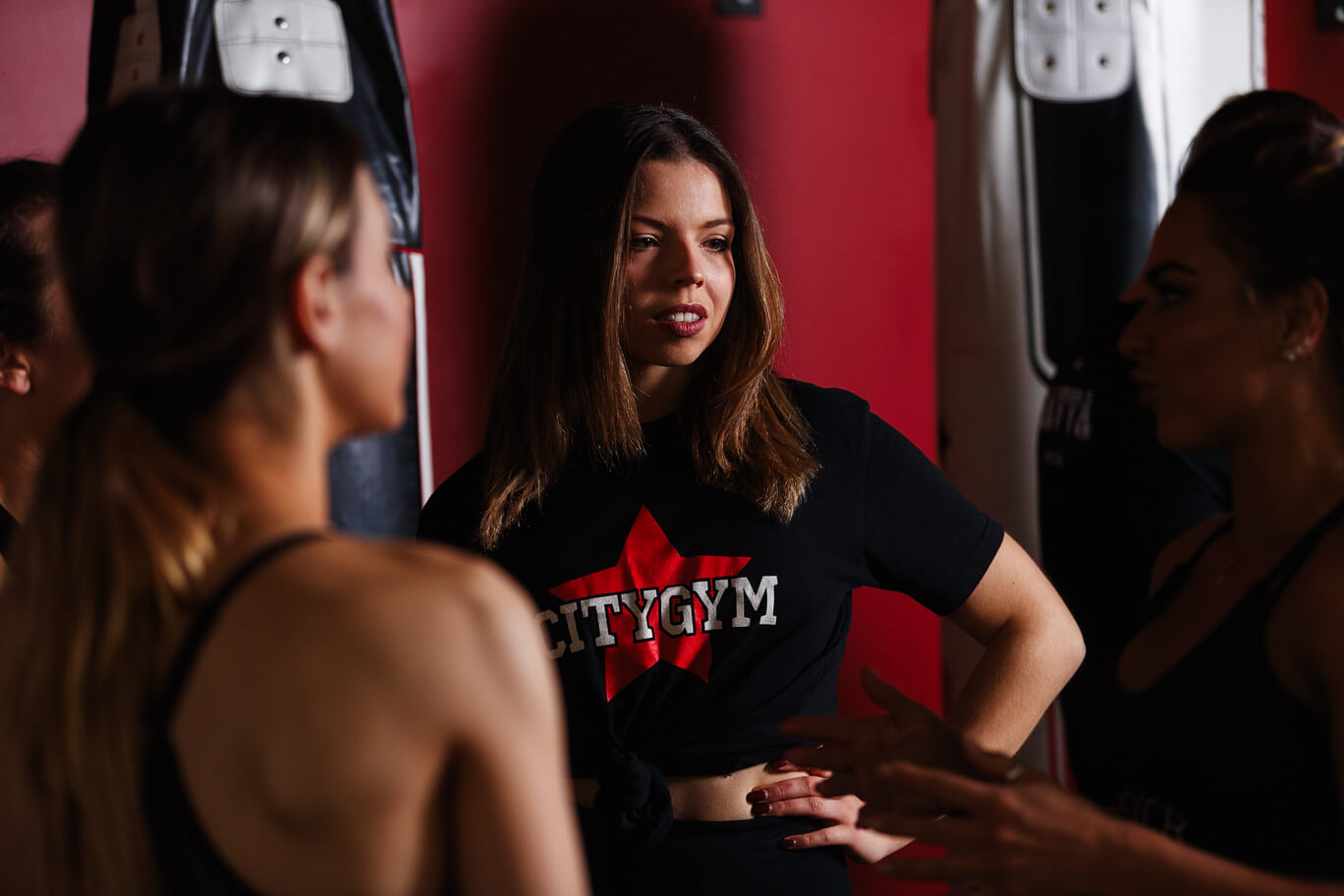 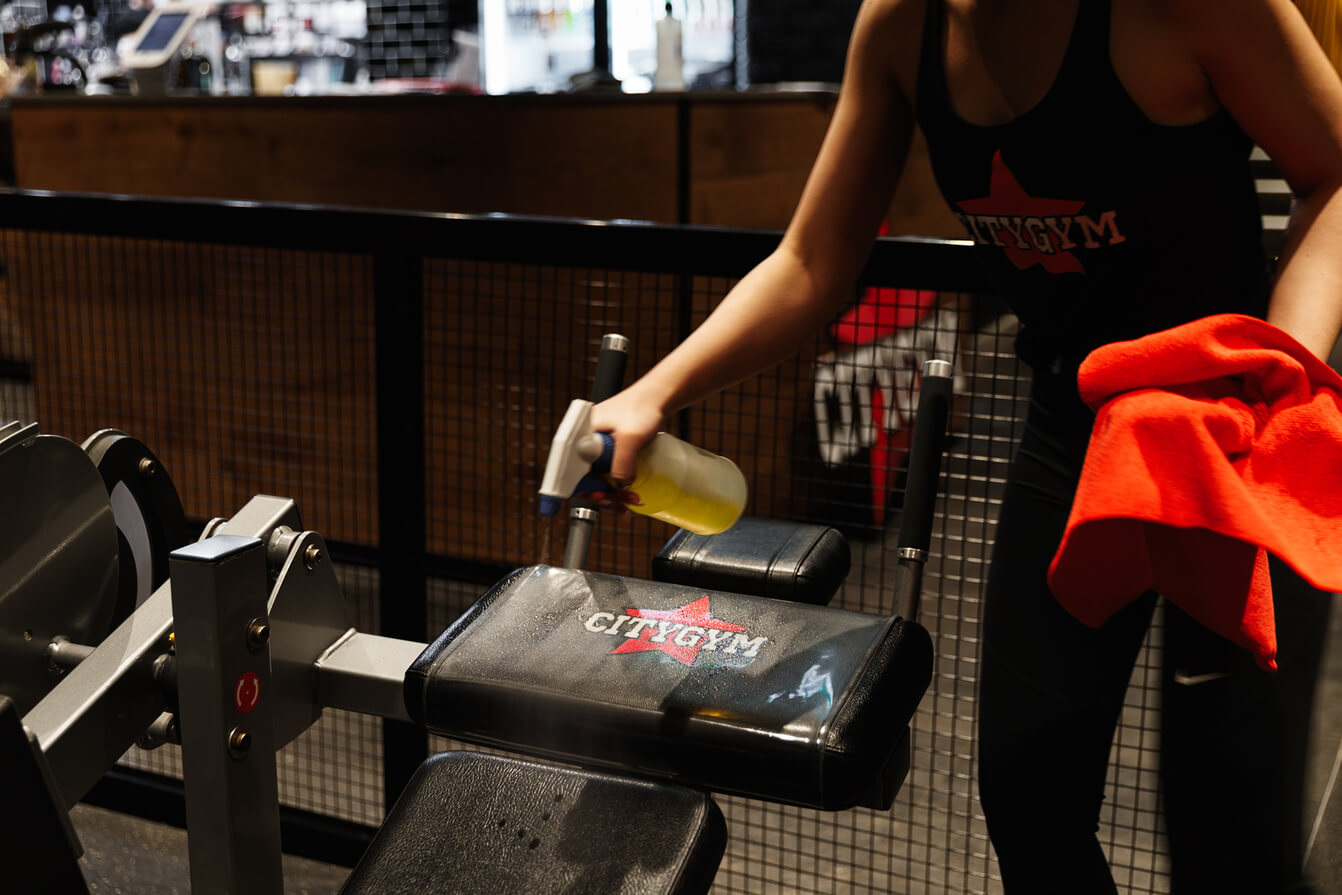 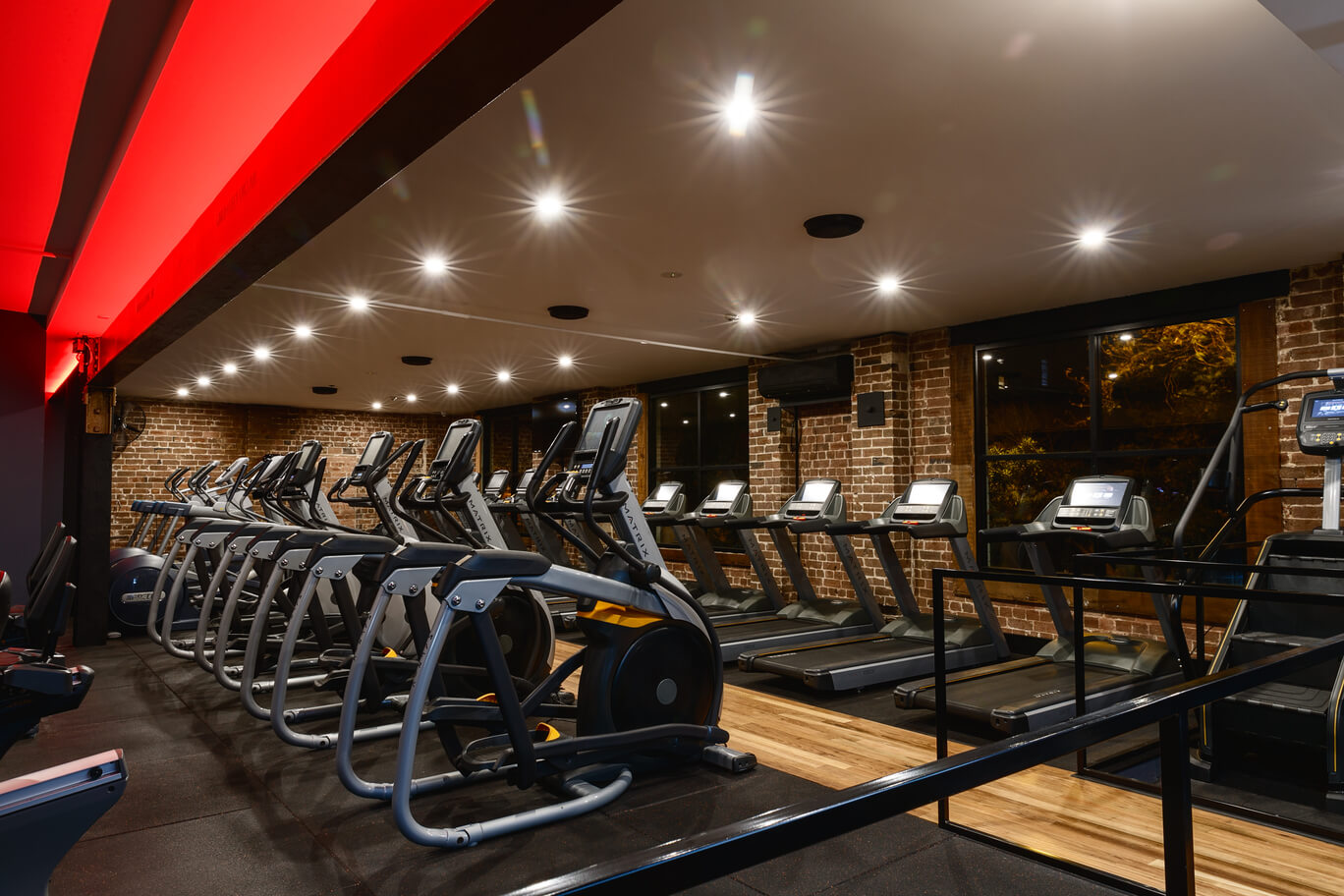 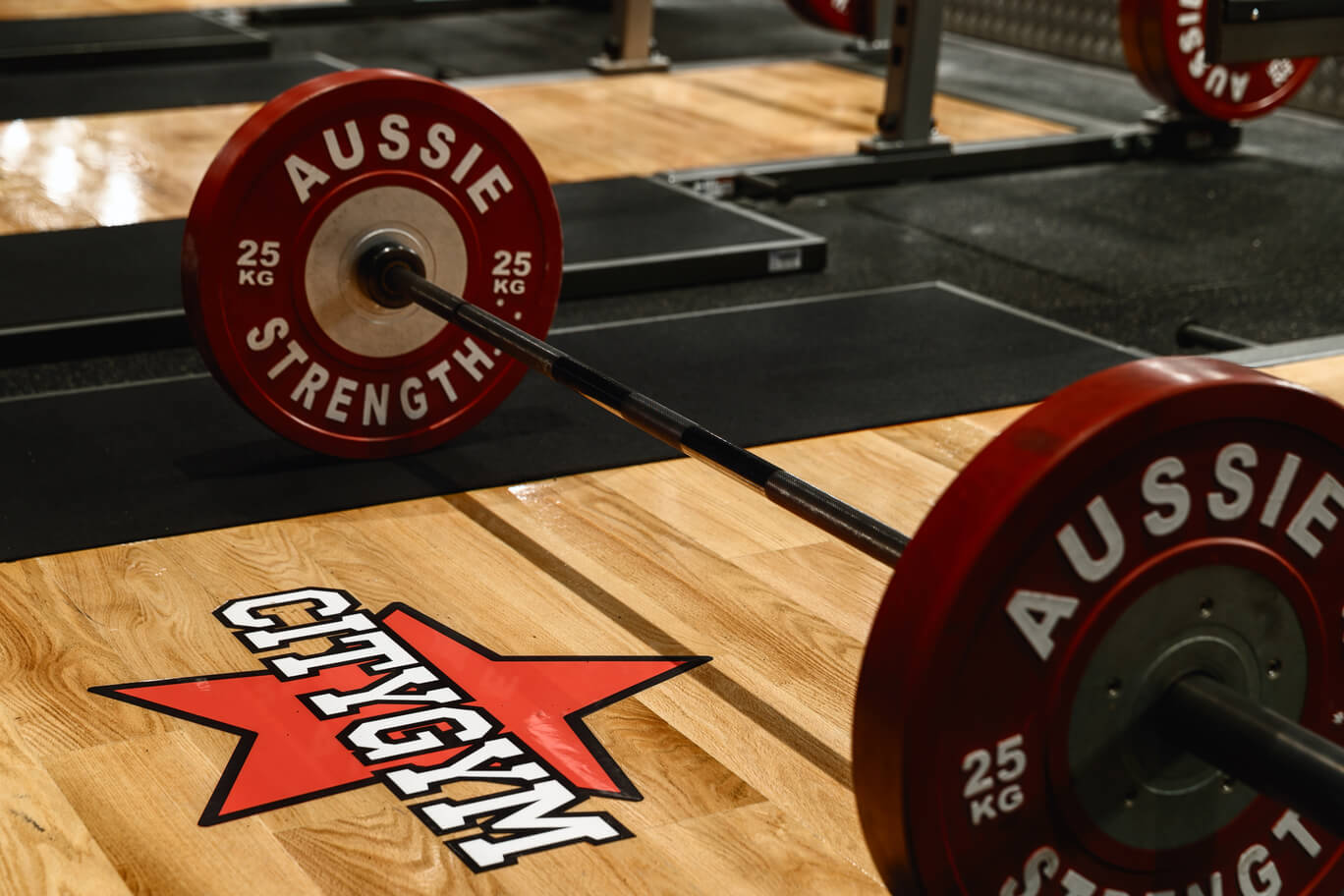 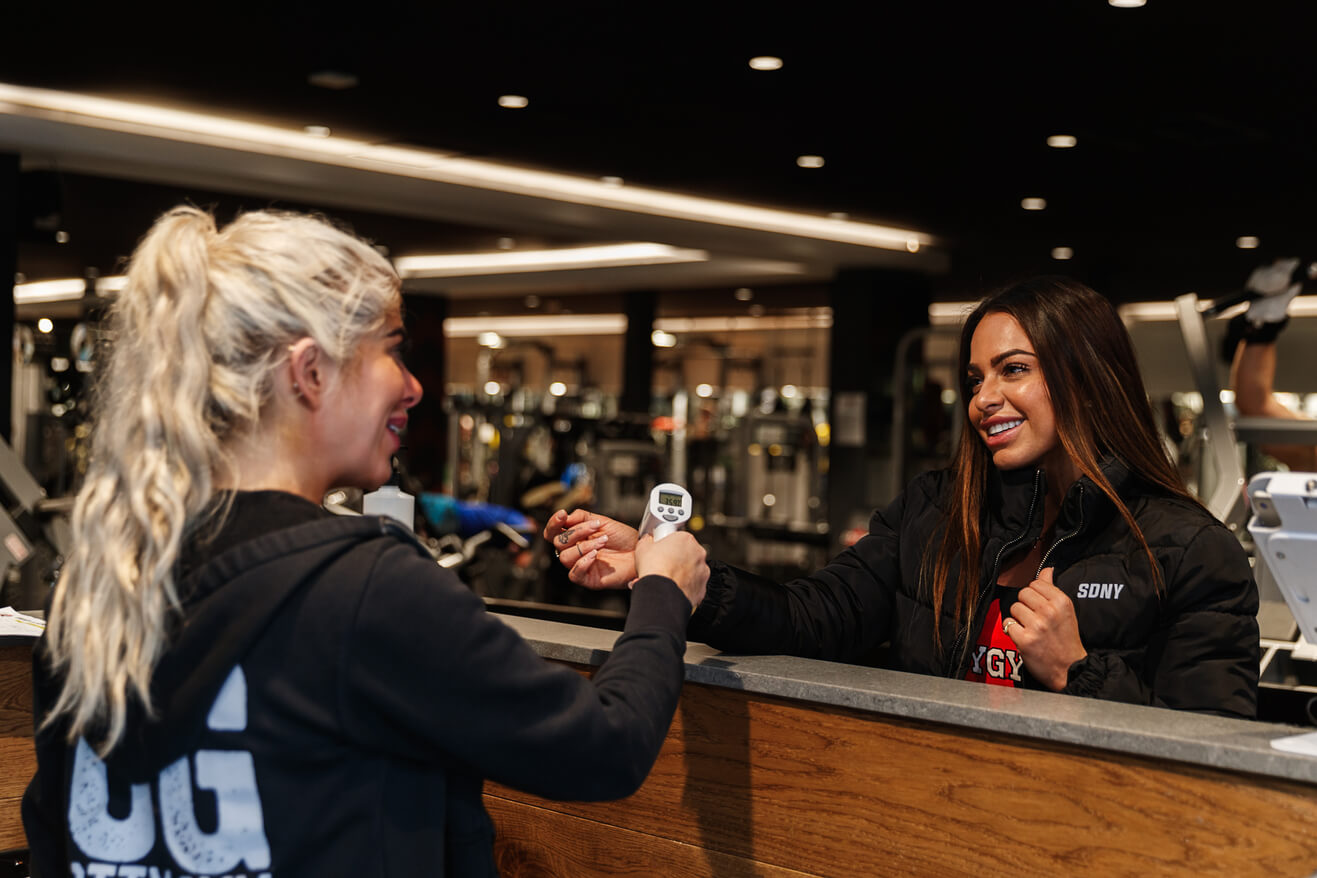 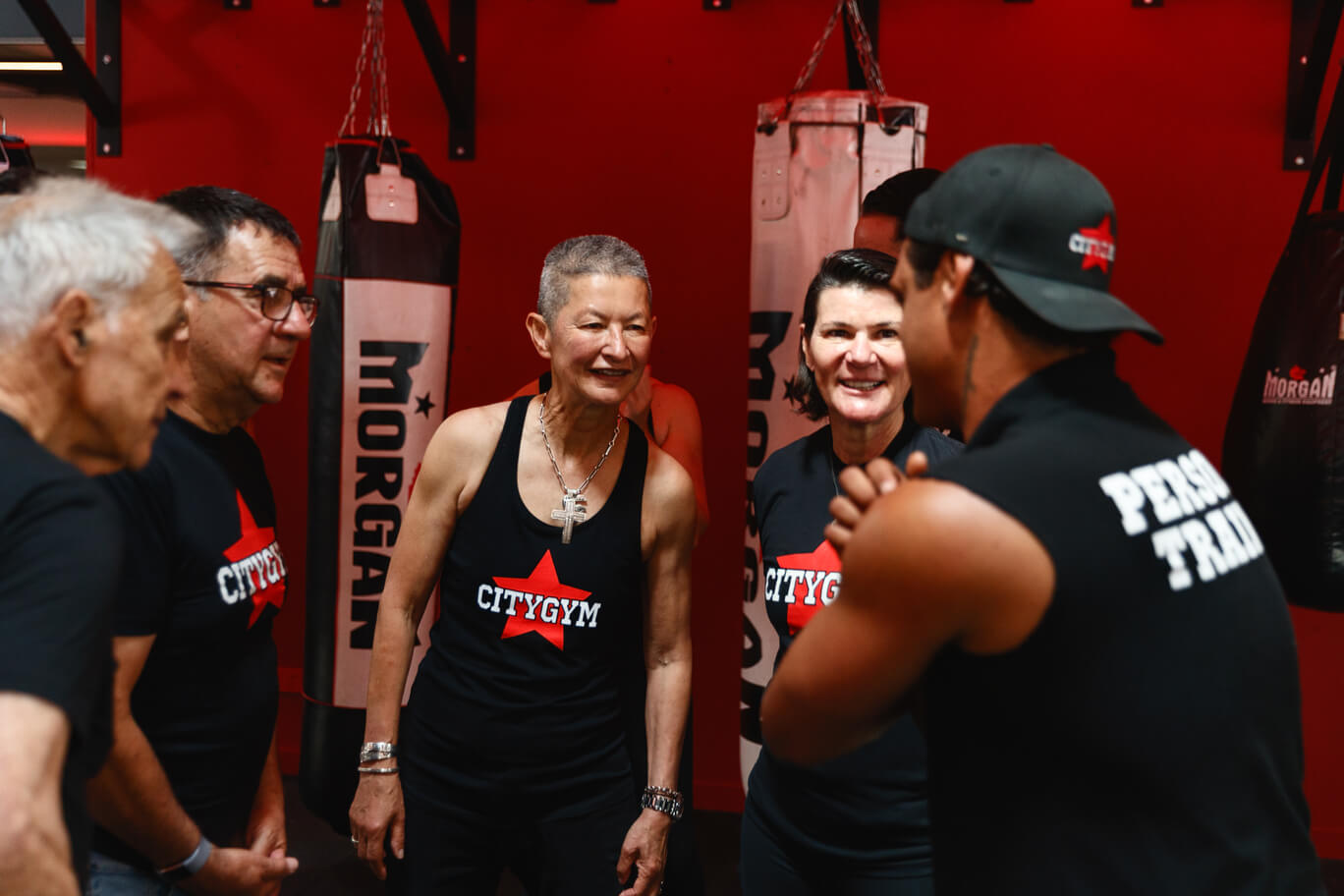